We headed down to the Borah Peak trailhead (7400’) on Saturday afternoon (4.25 hour drive). Sunny sky, warm weather. We were the only ones at the trailhead/camping area. Ate some dinner, sat around a campfire until about 9pm then hit the sack. During the night clouds moved in and the temps went up a bit. We awoke at 4:30am and were on the trail at 5:00. Followed the standard climbers trail for the first 1.25 miles until it pops out at a saddle at 8600’. From there we went off trail, contouring to the north and then east where we intersected a dry stream bed which leads up toward the NW Ridge of Borah. We dealt with a foot or so of snow in the stream bed, but nothing too bad. At about 9300’ we began a slog up to a 10,800’ col on the northern extension of the NW Ridge. Here we entered the cloud ceiling (8am) which we spent most of the rest of the day in.


The “Howard Traverse” allows one to follow a shelf above steep cliffs and gain access to the cirque below the mighty North Face of Borah. The traverse is mostly easy with the exception of a 4th class climbing move. With snow covering most of it, we played it safe and protected the last part of the traverse as well. A short steep snow descent put us at the bottom of the face (10,600’).


My plan was the “North Face Traverse” route- something I had climbed in June, 2017 with Quentin Rhoades. We were also considering the NF Direct Route. As we climbed up and angled to the East, the cloud cover became thicker and visibility poorer. Snow conditions were mostly good though and we kept slogging upward. Unfortunately, at some point I missed the spot where we were supposed to ascend straight up the face and eventually we found ourselves staring down the east face as we gained the Northeast Ridge. Thus, by default, we now had a new route objective!


From where we gained the ridge (12,000?) our first difficulty was a 150’ mixed pitch on rime coated rock. Taylor led this beautifully as the sky spit snow at us. I followed and then we had a short traverse over to what I thought was a final ice pitch to the summit. I led this (AI2 at bottom, tunneling through chest deep snow at top) to a belay that I assumed was within 15 feet of the summit. As I started to belay Taylor up I glanced to my right and noticed the summit still 200’ above us. Taylor arrived and I sheepishly informed him we still had some effort ahead of us. We traversed over to the final summit block and ended up simul-climbing (Taylor leading) a relatively easy cleft which popped us out right on the summit. 12,662’- highest point in Idaho. 3:00 in the afternoon.


We ducked behind a rock and took a quick break, but didn’t stay long due to the hour, and the cold wind. Our descent was pretty straightforward via the standard 3rd class “Chicken Out Ridge” route. While not technical, with exhausted bodies and inclement conditions we certainly had to take our time and watch our footing on the exposed sections. We eventually made our way down to easier terrain.

The last 2000’ of descent was by headlamp and we finally reached the vehicle at 6:30pm. Roundtrip of about 8 miles, 6000’ of overall elevation gain over 13.5 hours of near continuous travel.

Fabulous day on this fantastic peak under less than ideal conditions! Definitely a day to remember! 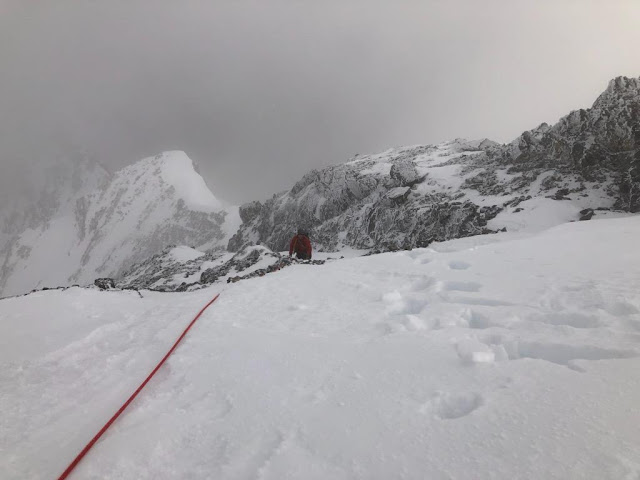 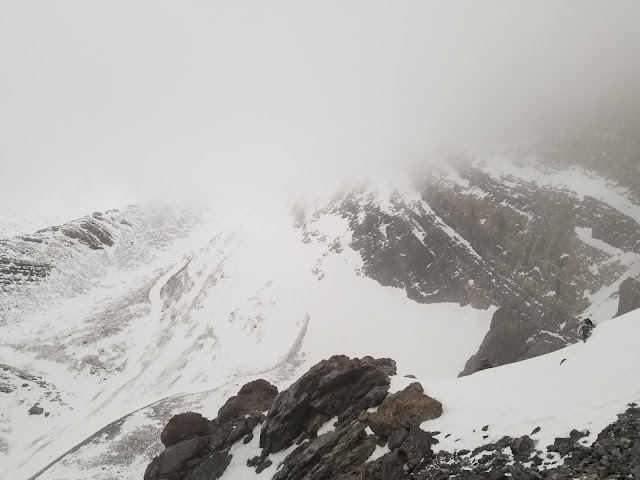 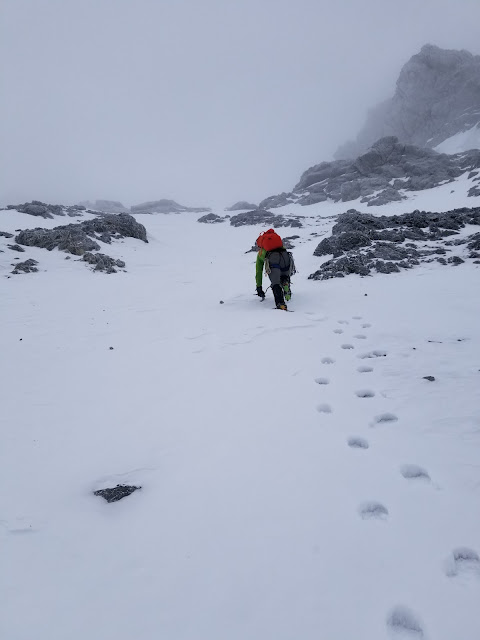 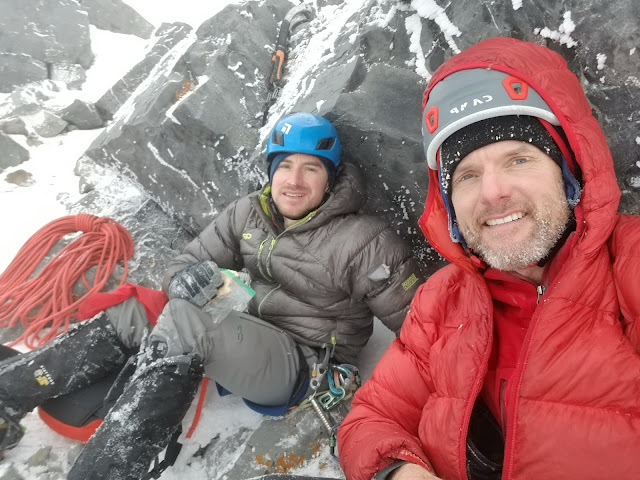