Date: October 13, 2019
Co-Leaders: Elizabeth Moore & Casey Lammers
Participants: Jennifer Franklin
On a beautiful, blue bird fall morning, we got started at the East end of Mission Reservoir near Mission Reservoir Campground around 8 am. We climbed straight up the hillside until reaching Kakashe ridge, then followed the ridge through the woods, bushwhacking (sometimes over some astonishing and expansive layers of downed trees) and using the existing switchback trail when it was useful to us.
We encountered snow patches from early October snowfall and increasingly more above 7500’.  At about 7800’ just below Peak 8052 we made our way across a large couloir and climbed up to the saddle between Peak 8052 and Kakashe.  Around this area is when we hit consistent snow and travel was a little bit slower.  We climbed up the South face of Kakashe from here on slick beargrass slopes and through some boulders. We brought along microspikes but the conditions didn’t warrant using them.  I found it was easy to hop from rock to rock near the top to avoid snow altogether although there was probably 6-10 inches of snow still clinging to the peak.
Once at the top around 2 pm we decided that we would not make the trip over to Flat Top (Peak 8893) because of snow, the time of day, and because the vote to do it was not unanimous.  So, instead we soaked up the sunshine and had a long lingering break atop Kakashe before retracing our steps back down the ridge to the vehicle.
The trip was a more relaxing pace than I am used to, which was really nice.  Lots of wonderful conversation and comradery between the three of us as the hours flew by on the trail.
In total the trip was about 10.5 miles, 5400’ of elevation gain, and took us a little over 10.5 hours.
Elizabeth Moore 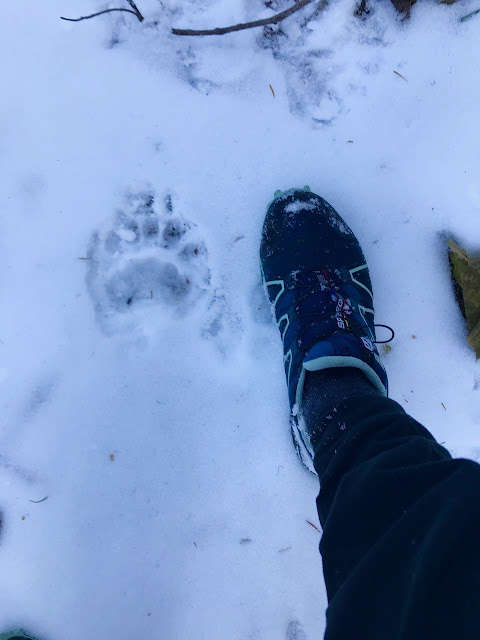 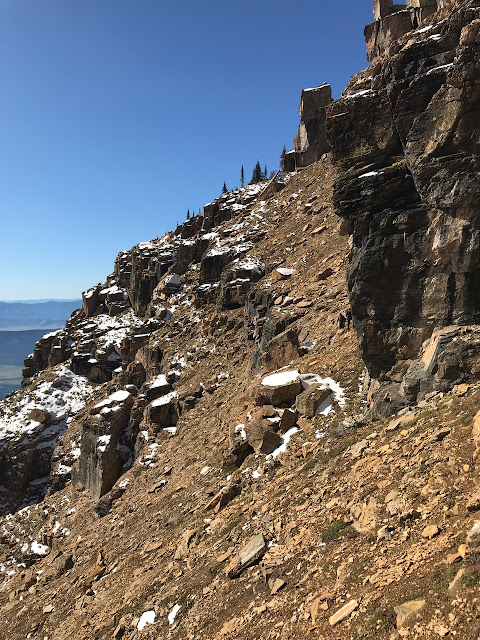 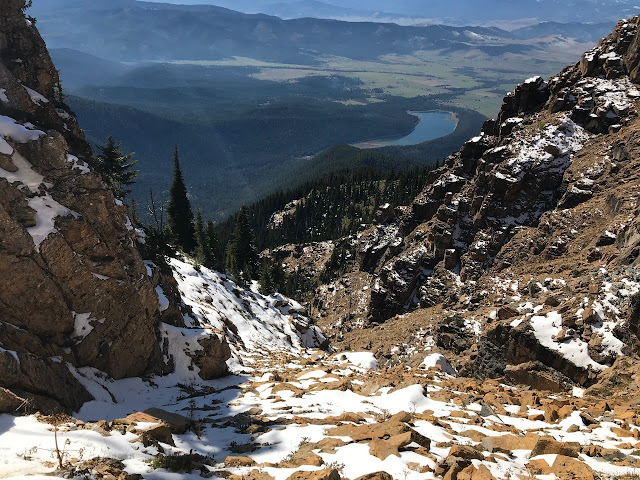 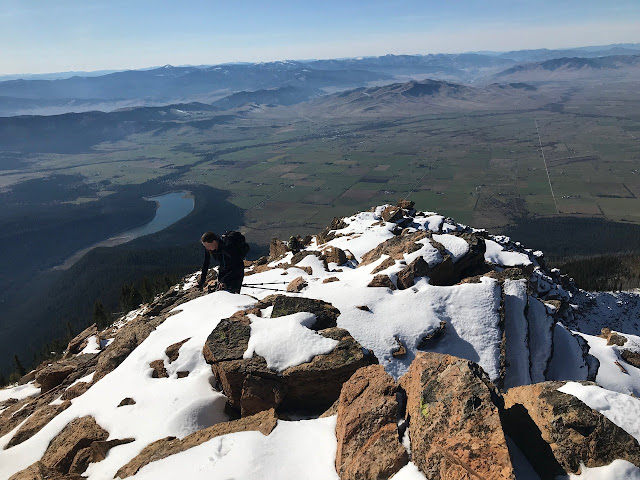 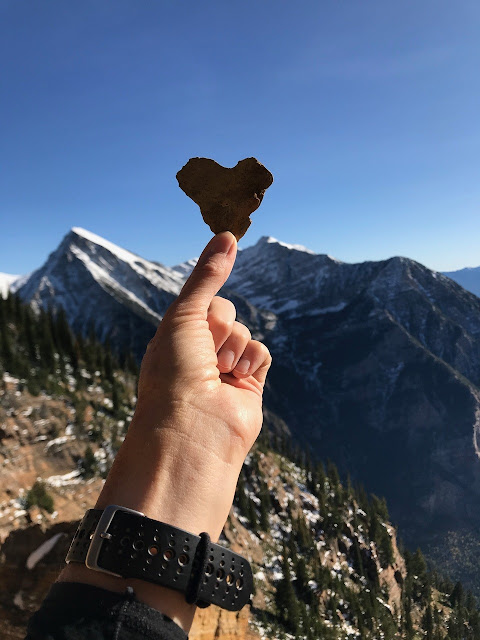