Hiking on The Old Railroad Grade from Whittaker Bridge 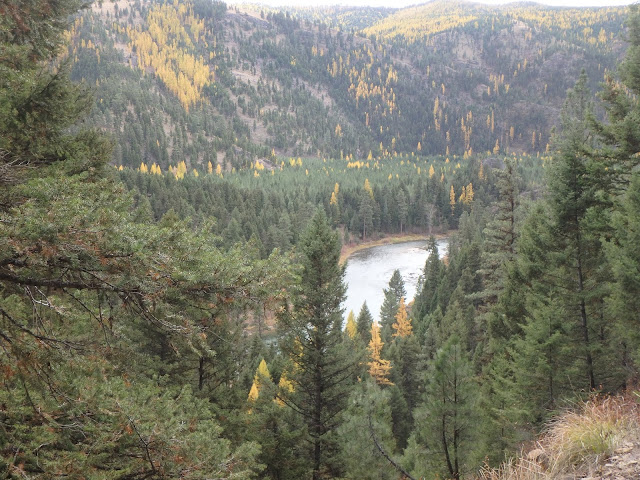 All week the weather for Sunday had looked dire, but though it started cloudy and rainy, it got sunny as the day went on. From the Whittaker Bridge we walked east on the old railroad bed. On my GPS it looked like we could go maybe a 1/2  or one mile/ 0.80-1.61k or so before we came to end of the BLM land, but we opted to go that way anyway. The walking was easy and we discussed the use of it for biking and skiing/snowshoeing, if you could get back on the road in winter. On The Johnsrud Rd we had come in on, there was a larger parking lot 75 feet/ 22.68m up the road, and we immediately saw the main trail coming down from it to the river bottom below, a short ways up a nice flat where it would have been easy to get to the water and swim. Steve mentioned something about a “Red Rock Amphitheater” where people used to have concerts back in the 1970’s, presumably when this was used as a road. We decided an obvious reddish rock outcropping across the river, with what looked like a developed flat area on our side of the Blackfoot was that site. Not much further on we saw, in the river, a small eddy filled with foam and discussed natural occurrence of foaming agents versus laundry soap.  Across the river, on the flanks of Morrison Mt. there was larch turning and other fall colors. The river had a deep dark green color in places, with swaths of whitish gravel bars. At around 2 3/4 miles/ 3.22k we came to a kelly hump closing the road on the west side of Belmont Cr.  There was a steep bank and no good place to cross the creek here at its mouth, in addition, fences below down the bank. We had seen the Johnsrud Rd. right above us for sometime now and climbed up to it, to follow it to the bridge over Belmont Cr. Here the road made a hairpin turn to bridge with each leg of the turn 1/4 - 1/2 mile/ 0.40-0.80k long, with a fishing access, on the river, on the other side of the bridge. At the bridge we had gone three miles/ 4.83 and stopped to have lunch, now confident enough in the weather to take our rain gear off. We opted to go back to the Whittaker bridge on the road, it stays high and goes across several cliff faces and we hoped for some nice long views. We got them, across on the ridges around Morrison peak some of the tops and west slopes were open meadows, turning larch in some of the bowls. At one point a bald eagle flew over to check us out. When we got to the parking lot 75 feet/22.68m up the road from the bridge, it was called the “Red Rock” parking area.

Carla and Steve went back to town, but David and I decided to continue on on Johnsrud Rd toward Nine Mile Prairie after we went down the boat ramp to look over the Blackfoot Recreation Corridor map and sign down there. The railroad grade had continued on the other side of Belmont Cr.  There were actually several fishing accesses on the still continuing BLM land and another mile or two/ 1.61-3.22k from the Belmont Cr. bridge, at the start of Nine Mile Prairie, was a gate across the railroad grade that was the end of the BLM land. Maybe in winter it could be accessed from this end as houses and buildings on this end may have the road open. Nine Mile Prairie here was owned by the Nature Conservancy and as we got closer to Hwy 200 it was obviously PawsUp land. In one corner is the remains of the old town of Sunset, now a zigzagged, almost collapsed building the only one left, we couldn’t even tell what kind of building it had been. After all that anticipation, a beautiful afternoon. 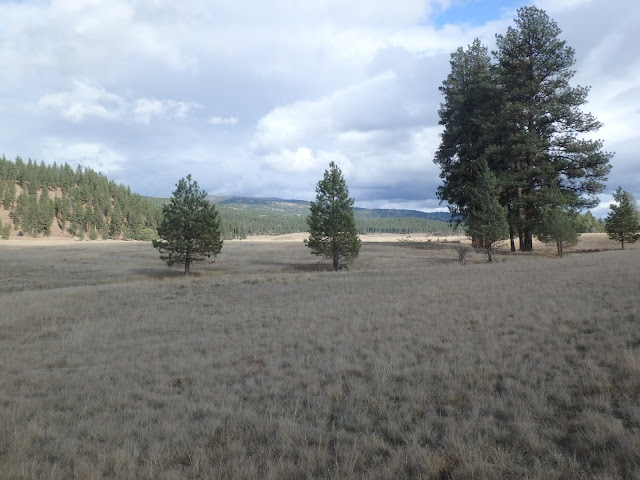 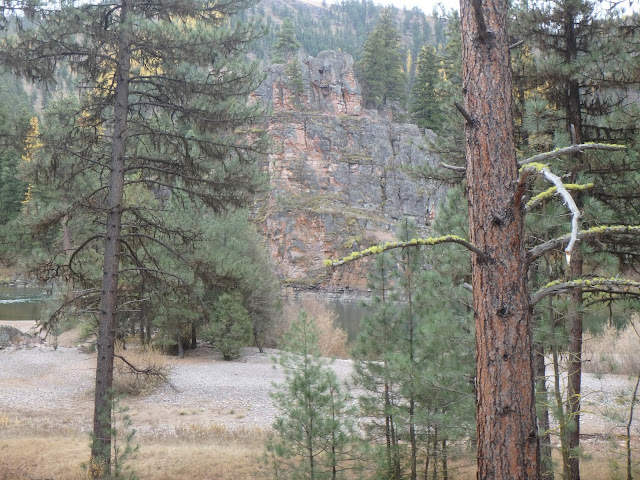 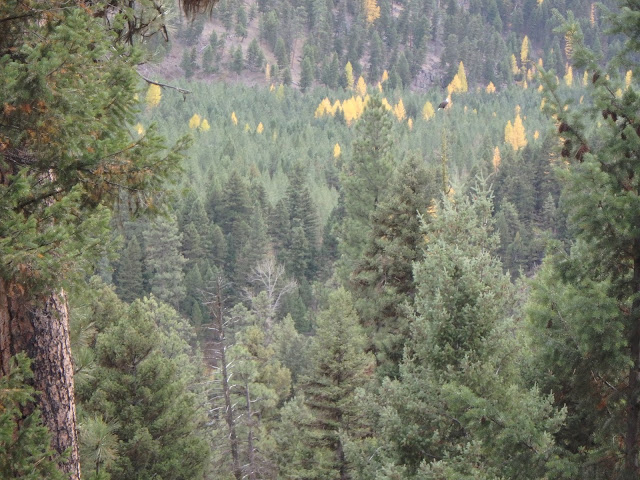