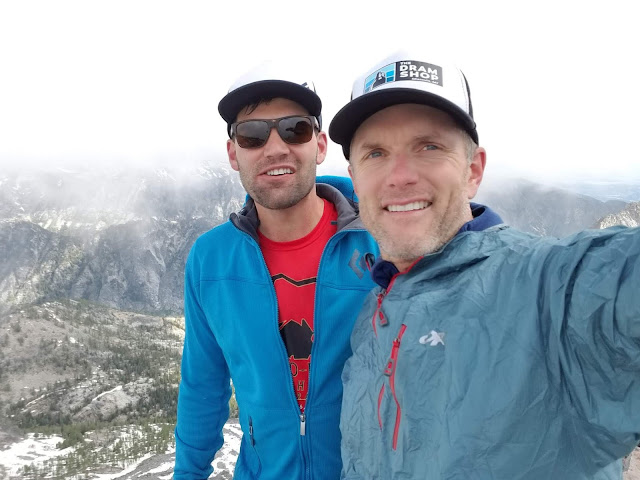 This trip was scheduled for two weeks later, but had to make a swap to accommodate inclement weather north of the border for the planned Mt. Forbes trip.  On short notice had a bit of a hard time rounding up partners, but Brent stepped forward at the last moment.  And what a great day we had!

We began at the normal Trapper Peak trailhead at 7:30am.  We made pretty good time on a quick hike up to the summit (10,157’) of Trapper Peak- arriving at 9:40am under mostly cloudy skies.  We then descended off to the west- headed for the prominent spire that sits on the ridge about a mile or so away.  The descent kept us on the ridge for a while but then we had to drop into the head of the Slide Creek valley- eventually down to about 8800’.  A bit of scrambling across snowfields and boulders at that elevation put us on the due south side of West Trapper..with rapidly clearing skies!  From there it was just straight up!

The first 600’ was just a scramble up scree, talus and boulders.  This got us to the base of the steep summit spires.  The actual peak is fairly easy to discern- the route however, is not.  There was no sign of anyone having been here before (no cairns, webbing, etc), but I was aware of one person (Brian Story- about 10 years ago) who had climbed it.  We changed into rock shoes, roped up, and first started up a gully that dead ended at a vertical wall leading to the summit 200’ above.  Retreat via rappel.  Next we tried a mixture of scrambling up an exposed face to an easy low 5th corner that put us about 150’ below the top.  Brent, having not been out at all this year, decided he’d had enough exciting exposure.  Being so close I thought I’d scramble a 4th class section up 50’ to get a look around the side of the summit block.  I got up to that point, saw a route and climbed the final distance to the 9772’ summit.  There was a small pile of rocks on the miniscule summit area that must have been created by human, but this was the only sign of folks having ever been on this peak.  I didn’t stay long as I wanted to get the extremely exposed 4th class downclimb accomplished before I mentally froze up!  Arrived back where Brent awaited a short time later and we then did one rap and a downclimb back to the rest of our gear at the base of the spire.

The hike out was mostly pleasant (although the 1000’ back up to the south ridge of Trapper wasn’t exactly “fun”) and we were back at the trailhead at 6:00pm.  10. 5 hour day, 11 miles, about 6000’ with the two peaks.  Along with The Tusk (at the head of Chaffin drainage) these are the most challenging and exposed 9000+’ peaks in the Bitterroots- no easy way up!

Big thanks to my partner Brent- who I met 3 years ago through this club.  When I came back down off the summit and told him I had made it, his enthusiasm was perhaps greater than my own!  That is the definition of what you want in a climbing partner and friend.  I’m lucky to have such folks to partner with on these amazing mountain adventures and continues to prove the value of being involved with The Rocky Mountaineers!
Forest Dean 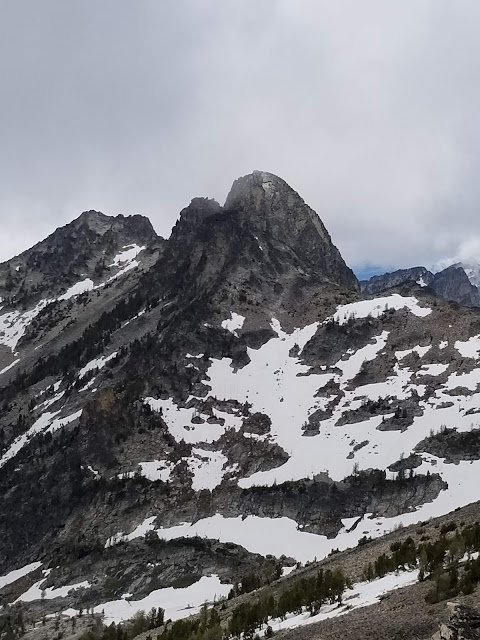 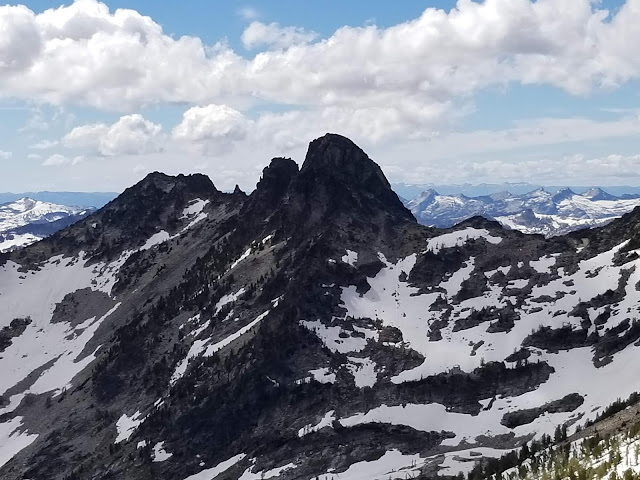 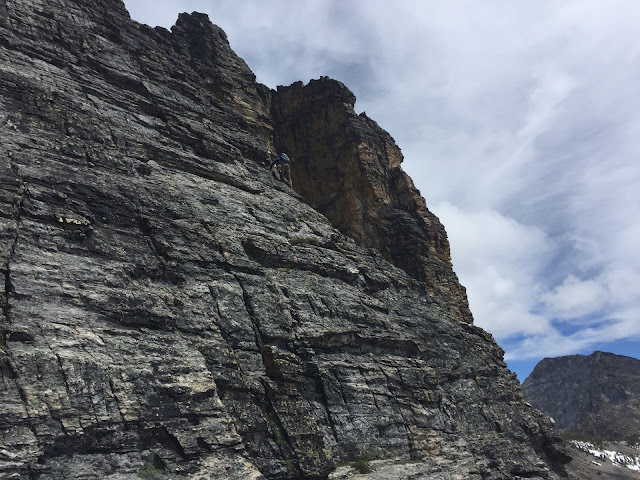 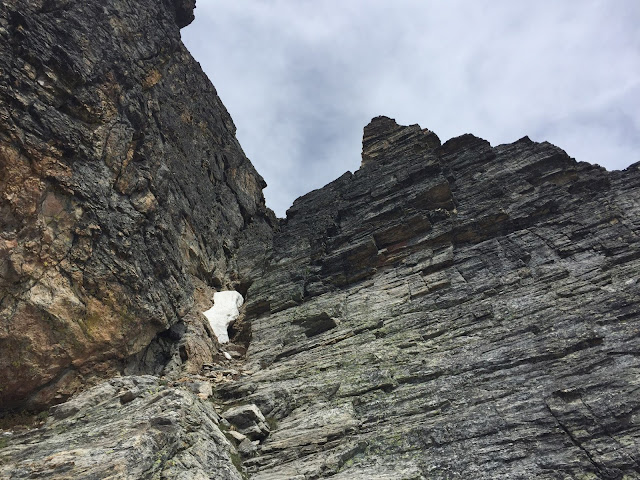