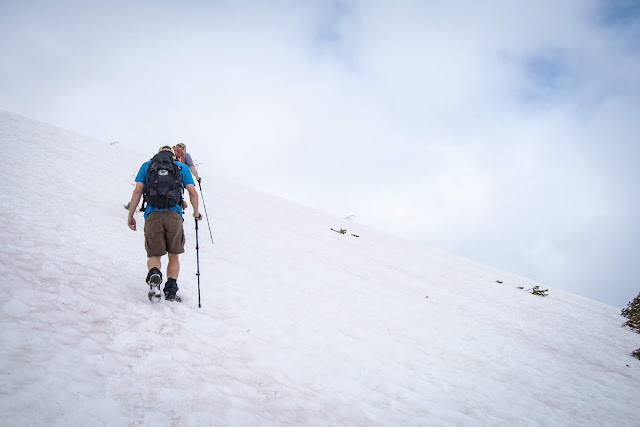 After a few weeks of not promising weather and despite the forecast, we decided to go ahead and climb this peak. The first part of the route is on a good maintained trail. We began at the Bass Creek Overlook to reach the top of Little St. Joe. The snow line started just about at 8'000 ft.  From tree line to the peak the ridges where mostly filled in with snow on the North Side of the slopes. It made half of the traverse easier on the South side of the mountains. Once arrived on the pass just east of Saint Joseph we started traversing along the north side of the ridge.  We encountered some big snow fields still impacting our traverse and route finding. Caution was required. Despite not having an ice axe or crampons we found a dry way up a gully just below submit. 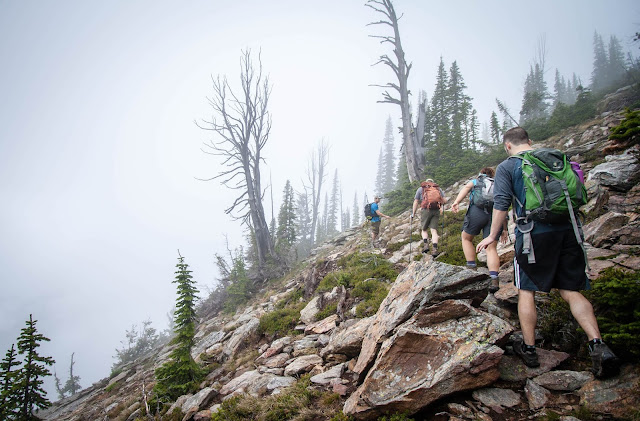 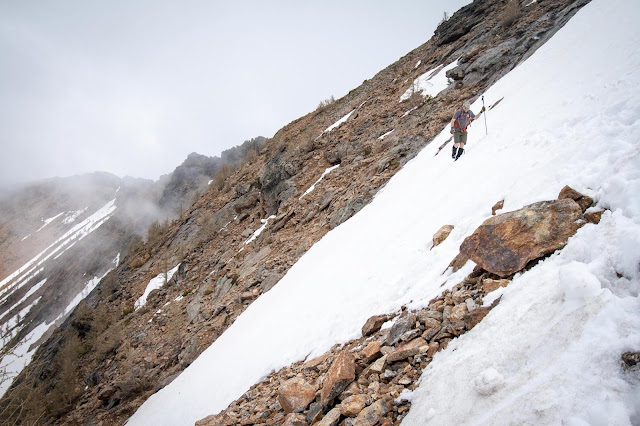 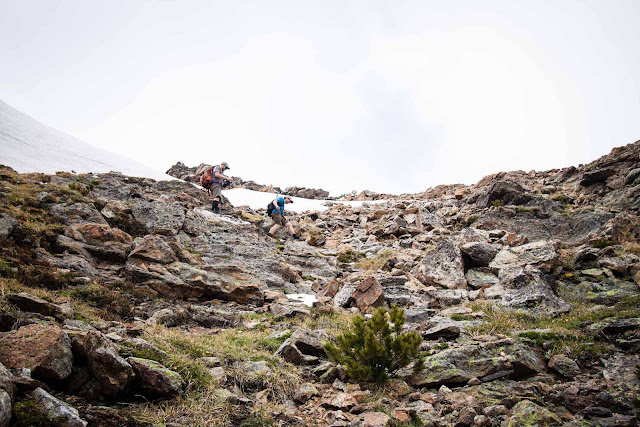 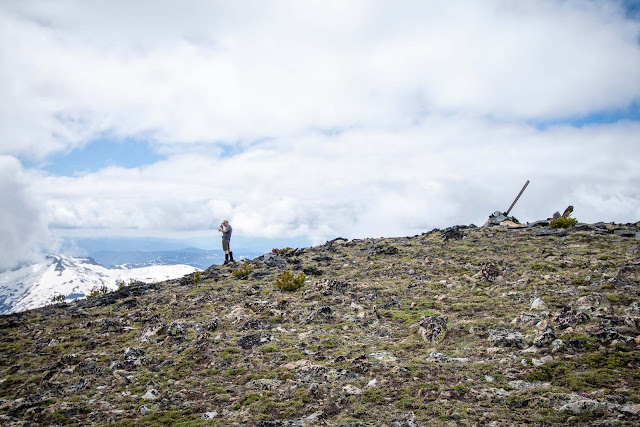 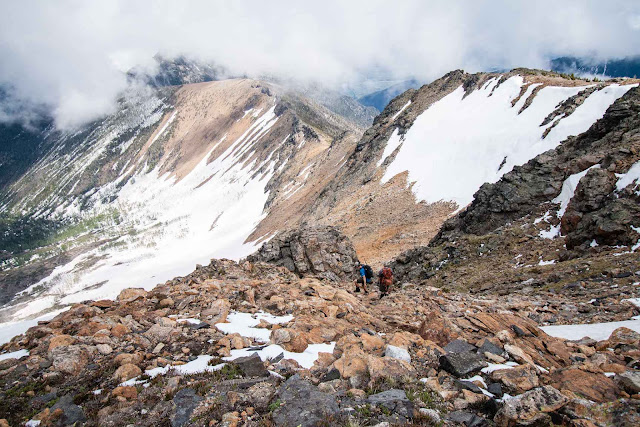