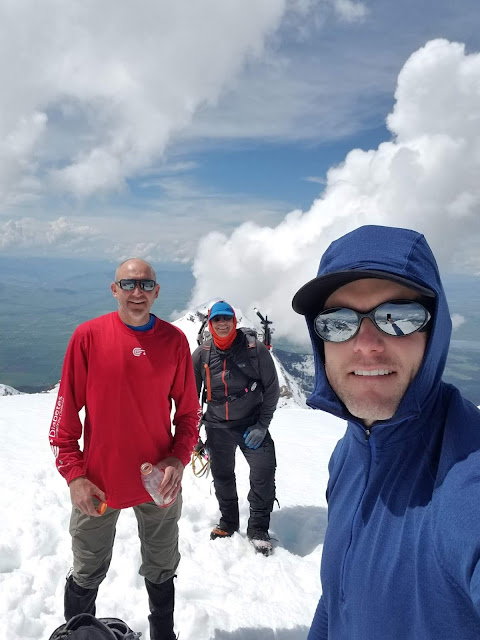 Looking for a little different approach to McDonald Peak and wanting to get a close up on the impressive (and only once climbed) north face of Sheepshead, the three of us headed up to the Ashley Lakes trailhead early on this Sunday morning.  We were sort of surprised to see two other vehicles at the trailhead when we arrived at 5:00am.  Three guys were camped there and planning to head up Sheepshead’s West Ridge that day.  We got organized and started hiking up the climbers trail at 5:30am.  Trailhead is at about 4900’- by 6500’ we were on consistent snow coverage.  We hiked up to a spot on the ridge at 7450’, put crampons on and descended steeply off the north side.  We soon got into soft snow but since we were going down, we made quick work of it.  We began a contouring (to the east) descent as we traversed the north face of Sheepshead.  After losing around 800’ we then began the slow re-ascent up a steep gully, then over the lower portions of the North Ridge before sidehilling into the huge northwest snowfield running down from McDonald Peak.  Travel was nearly always easy on this- very little postholing, but it was a long slog up to the 9820’ summit.  We arrived about 1:45, rested in the sun, ate food and took in the views.  The original plan had been to descend to the east and climb back up and over Sheepshead, but with some storm clouds building (they ended up dissipating later) and the later hour, we opted to just hike out via Ashley Creek.  Left the summit at 2:30pm with a long glissade (1200’) to the bottom of the southeast face.  I went first with no problems, but Ron (coming second) ended up triggering and riding a small wet avalanche for a few hundred feet.  After this bit of excitement we had a scenic but uneventful slog down to Ashley Lakes and then a trail hike back to the vehicle.  Arrived out about 6:00pm.  12 ½ hour day, about 9.5 miles, 6300’ of elevation gain and a complete circumnavigation of Sheepshead!
Forest Dean 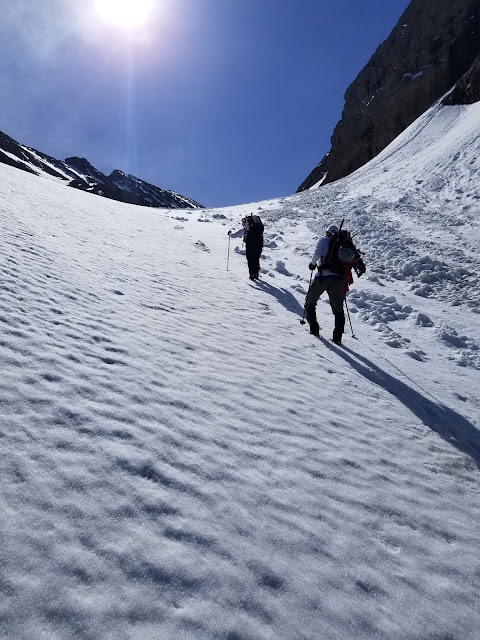 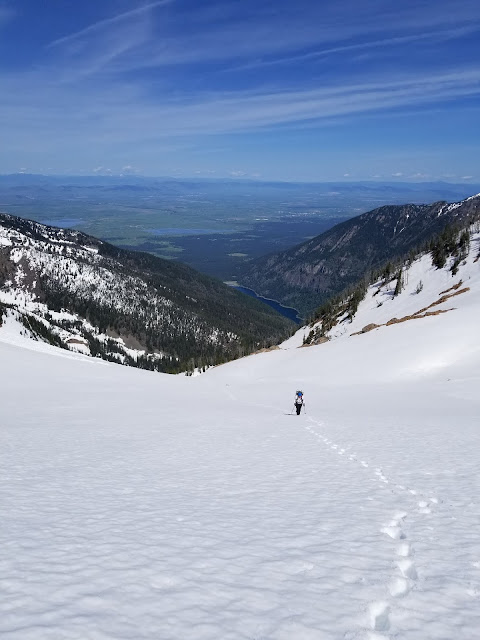 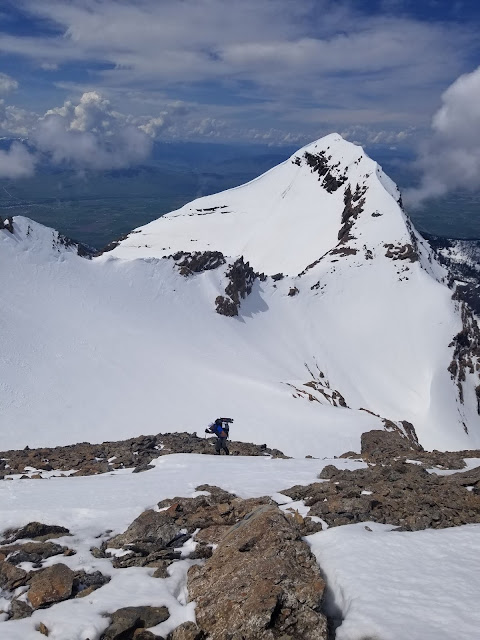 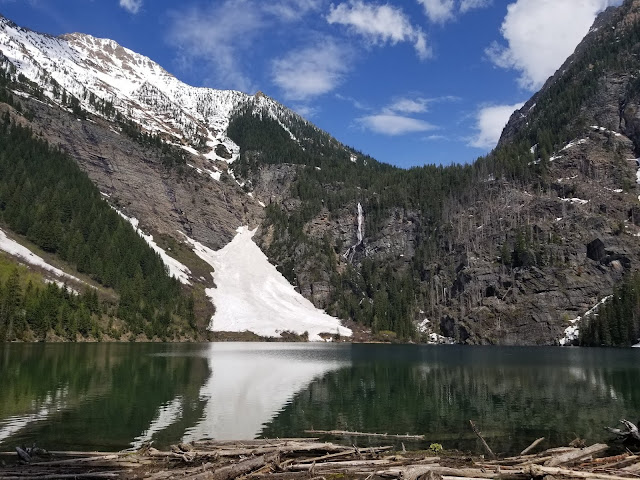 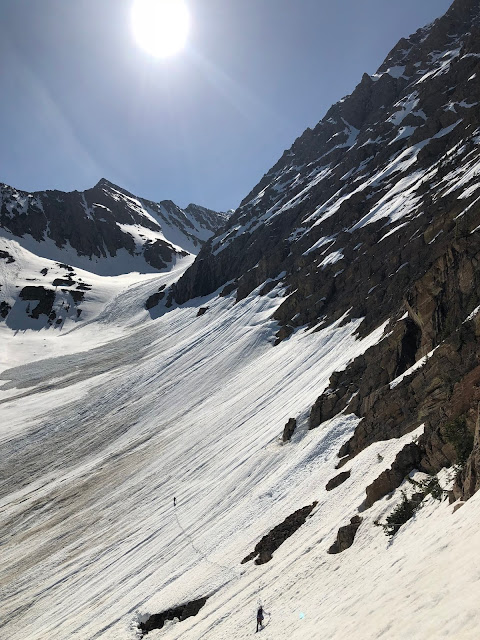