On March 10, a solid crew of 6 headed up the northeast ridge of Ward Mountain for a multi-purpose outing: the search for fresh turns, and to "poke our noses" in the snow to investigate stability.  Along for the adventure was Susanna Girolamo, Joshua Phillips, Fintan Maguire, Lindsey Egelston, David Swanson, and Leland Earls.  Though the NE ridge has little objective hazard, folks came well equipped with beacons, probes, shovels, and we even had three radios in the group.

We got an early start, so there was no need to push a break-neck pace.  We took short breaks and mostly stayed together the whole way to the summit.  It was a bluebird day in the truest sense of the term, calm conditions without a cloud in the sky.  We stopped about 200' below the summit and dug a snow pit to search for weak layers as the advisory from Missoula Avalache reported "Considerable".  We found about 20" of new snow and only minor stability issues within the top 6".  We compared notes on what the primary concerns would be for the day: rapid warming, intense sun, and south facing slopes.

On the summit by 2:30pm, we took a nice long break before transitioning for the descent.  Joshua brought his paraglider in hopes of launching somewhere on the mountain, so he repeatedly spoke about the wind direction and speed.  We skied together down to the roll over into the east bowl (Ward Creek) and parted ways as Joshua launched on his skis and flew out toward the Bitterroot Valley.  The rest of us enjoyed powder turns for the upper half of the mountain and a challenging crust on the lower slopes.  Joshua beat us back to the car as he was able to land within 50 yards of the trailhead.

We were all smiles and all back at the car by 5pm.  What a great day in the mountains! 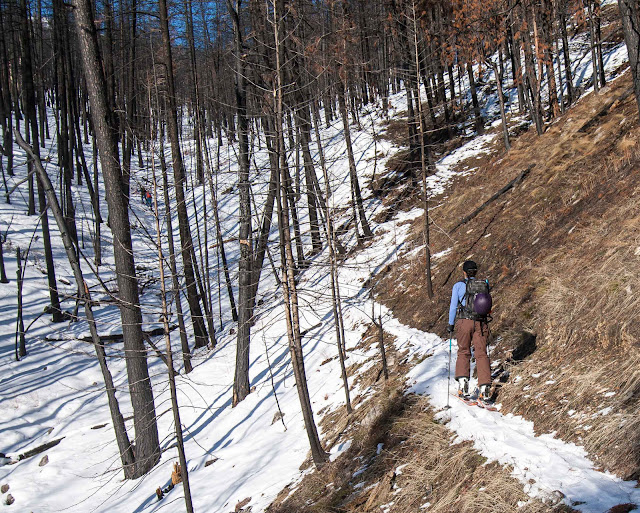 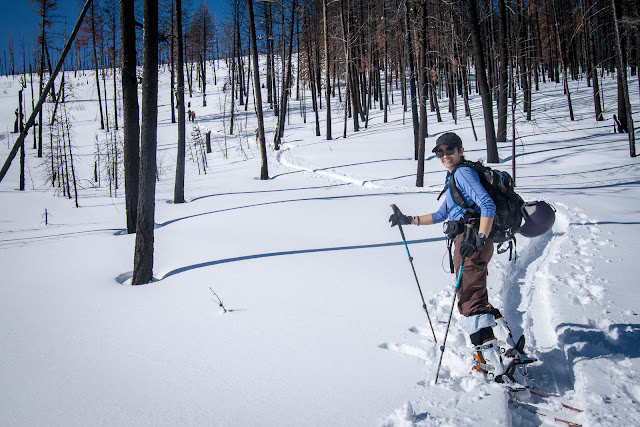 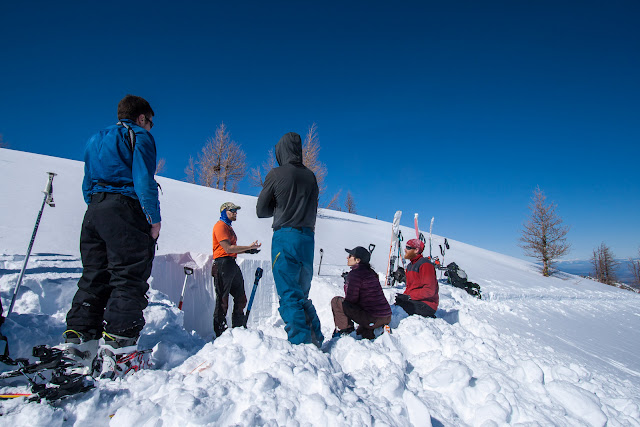 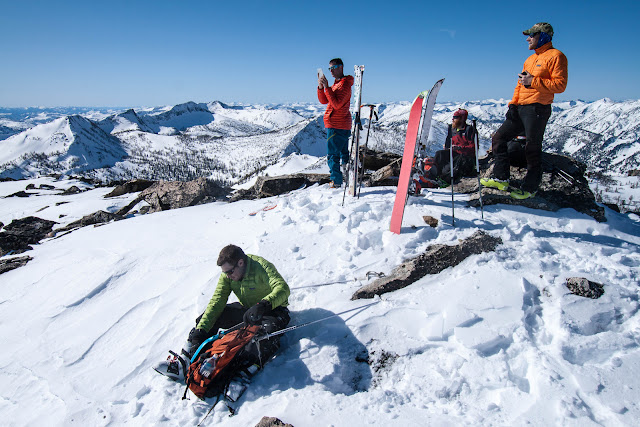 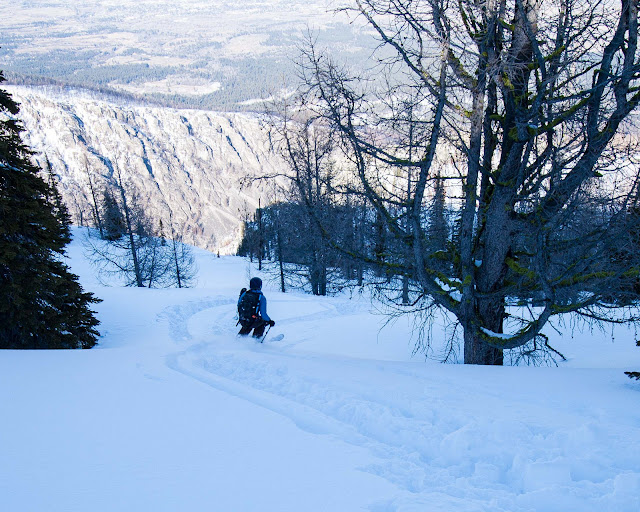